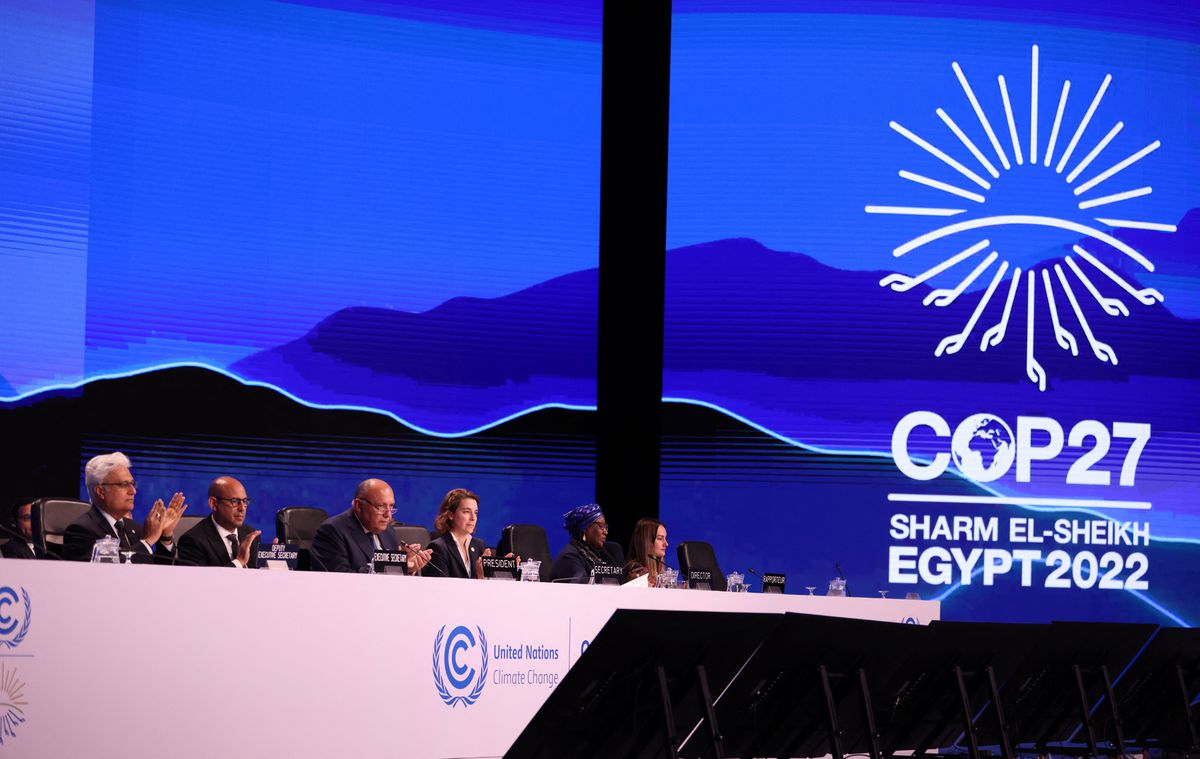 By Down to Earth
All agendas, including the loss and damage fund, were adopted at the closing ceremony of the 27th Conference of Parties (COP27) to the United Nations Framework Convention on Climate Change (UNFCCC), as dawn broke over Sharm El-Sheikh November 20, 2022.

This follows a proposal in the draft text on November 19 to create a loss and damage finance facility at Sharm El-Sheikh.

“I welcome the decision to establish a loss and damage fund and to operationalise it in the coming period,” António Guterres, Secretary-General of the United Nations, wrote on Twitter. He added that this was a much-needed political signal to rebuild broken trust.

“A landmark decision in Sharm El-Sheikh COP27 on the establishment of a long-awaited Loss And Damage fund for assisting developing countries that are particularly vulnerable to the adverse effects of climate change,” Manjeet Dhakal, Advisor to the Chair of Least Developed Countries, wrote on Twitter.

The Sharm El-Sheikh Implementation Plan was also adopted by COP and the Conference of the Parties serving as the meeting of the Parties to the Paris Agreement (CMA). It emphasises reducing greenhouse gases in applicable sectors through increased renewable and low-emission energy.

“Emphasises the urgent need for immediate, deep, rapid and sustained reductions in global greenhouse gas emissions by parties across all applicable sectors, including through increase in low-emission and renewable energy, just energy transition partnerships and other cooperative actions,” the cover decision read.

The previous version of the cover decision draft text, released November 19, did not mention low-emission energy. It also highlighted emission reductions across all sectors, unlike the adopted version, which changed the text to applicable sectors.

The work programme for urgently scaling up mitigation ambition and ambition was also adopted. The document on the mitigation work programme released November 19, made no mention of equity and CBDR (common but differentiated responsibility)

This is despite the Like Minded Developing countries, the African Group of Negotiators and India stating that the mitigation work programme should be guided by the UNFCCC’s principles of CBDR (common but differentiated responsibility) and equity during the negotiations.

Also adopted was the post-2025 climate finance target, the New Collective Quantified Goal on Climate finance and the Global Goal on Adaptation, which is equivalent to the global goal on mitigation of limiting global temperatures to 1.5 degrees Celsius.

Transparency was a contentious issue during negotiations around 6.2. Parties have now agreed that information on carbon credits can be kept confidential, but an explanation “should” be provided.

The previous version used “shall” instead of “should.” “Should” means “encouraged”, while shall means “must”, Matt Adam Williams, Climate and Land lead from the Energy and Climate Intelligence Unit (ECIU), a non-profit, told Down To Earth. The phrasing of the word has been weakened, he added.