BY: NDTV
New Delhi: The Director-General of Meteorology at the India Meteorological Department (IMD) Mrutyunjay Mohapatra said on Thursday that a fresh spell of heatwave is likely to commence in some parts of northwest India and central India.
“Due to the presence of western disturbance over Northwest India, the heatwave has abated in the past 2-3 days, while the day temperature has fallen and this condition is likely to continue for the next two days. However, a fresh heatwave spell is likely to commence in Rajasthan. Isolated heatwave conditions are expected to start in Rajasthan, Madhya Pradesh, and Vidarbha especially. For Rajasthan, it will be for today and tomorrow (May 5 and May 6), and on May 7, it (heatwave) will spread into some other parts of northwest India and central India,” Mohapatra said.

A heatwave warning will be issued for isolated places of Rajasthan, Madhya Pradesh and the Vidarbha area, soon. “The heatwave condition is likely to spread to some more parts of northwest and central India after May 7,” he said.

Observing the weather patterns in South India, the IMD Andhra Pradesh has issued several guidelines for the weather for the next five days.

The IMD predicted that places in NCAP and Yanam, SCAP and Rayalaseema can face thunderstorms with lightning and gusty wind with 30-40 km per hour speed on Friday.

One or two places in Rayalaseema can witness thunderstorms with gusty winds of 30-40 km per hour on Saturday.

The places in NCAP and Yanam, SCAP and Rayalaseema are expected to face thunderstorm accompanied by lightning on Sunday as well as Monday.

“Trough/wind discontinuity from Vidarbha to south Tamilnadu now runs from above cyclonic circulation over northwest Madhya Pradesh to Comorin area across Vidarbha in Maharashtra, Telangana, Rayalaseema in Andhra Pradesh, and the interior Tamil Nadu at 0.9 km above mean sea level,” said the IMD. 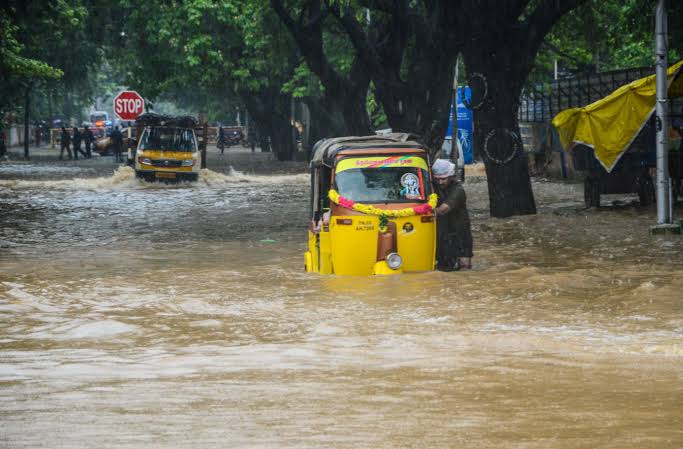